With all the restrictions

. . and polarization happening over COVID 19 Vaccines here in Canada and the USA there is also a deeper unease that stems from dis satisfaction surrounding our way of life, governing body and social infrastructure in which we work and live. Often times there are valid sides to any one argument and often enough there isn’t. The Vaccine mandate is by far the largest divide we’ve seen yet. As somebody who is double vaxxed you might think I have nothing to say on the matter and you’d be wrong. I have more to say then people generally want to listen to, who has the time for ignorance right? Well I contest that there is far more going wrong in the public discord than most might see. I would eve say that this failing with in ourselves will lead to the downfall of society.

If we should we fail to take stock, we will never start demanding change to the systems we rely on. A deeper more nuanced form of corruption that is operating at full steam will be untouchable. Not with any evil genius at the helm, an evil ideal that allows morality to be superseded by legality and exploited by individual opportunistic persons legally allowed to makes gains for their respective companies and thereby higher bonuses and stock options for themselves. But I can’t prove that claim, I can only reason it, so I’ll stop looking for someone to blame and start offering something useful.

FIrst off how many of you here caught yellow fever this year? Anyone? Measel’s? Anyone? Anyone? … Anyone? Beuller? Anyone? Anyone? I’m willing to bet non if only a few of you could make that claim. Ever try flying into Brazil without one of a number of various vaccinations? How about the EU? You’ll find that being Canadian the very basics of good medical practices that ensure our survival start with the vaccination of our citizens at a very young age and thus we are often asked nothing more than our citizenship with the understanding that such practices have taken place. Proof again of how well vaccines work so WTF anti-Vaxxers!

Hang on, why is it that despite having 2 injections with a vaccine I’m now being asked to take a third? This isn’t how the other vaccines worked? And over 90% of Canadians have taken it! How is the spread of the virus getting worse? And when did getting a vaccine change from ensuring I survive to ensuring I don’t kill anyone else! Oh I know it’s because of mutations, and protecting the vulnerable and those damn anti vaxxers! If they would just get the damn shot we would have had herd immunity along time ago and I could then drop all this stress and social pressure of being the only murderer in a room of former murderers who are now no longer a threat since they have a third shot . . . nevermind. What I’m saying is that herd immunity is the only priority on the planet right? NOW DO IT! ! !

Sound a little uneducated? Over simplified maybe? Good I have a tendency to over complicate things as you’ll see. One might think that if there is a solution to a global pandemic that has the potential to kill everyone on the planet that we should all be acting to accomplish said solution ASAP! Even if that solution is as unproven as the threat that it treats, you might be forgiven for expecting some amount of trust from others in the systems you trust as well. So why the divide?

Allow me to explain, you see, pro vaxxers see the promise of abolishing COVID 19 as the only thing that matters, and they would be right about that. In fact I don’t think anyone would argue that as the top priority of the world right now.

However, what happens when part of the problem is the solution not yet being fully vetted? And worse yet what if the solution is great but the ones manufacturing it and making claims of efficacy are known for corruption and scrupulous in humane practices? Or even worse yet what if they are able to convince the right people that it’s either their solution or condemnation for not having anything better to offer? What am I talking about? Remember the interview? Health Canada makes decisions that are not entirely on the level, or in the best interest of everyone. Imagine that they treated the Vaccine to COVID with the same rigor they treat vaping? Or even better what if they used vaping with the same moral standing as the COVID 19 vaccines? Smoking has killed millions more people around the world than covid, and today still kills more people every day!

Ok firstly, we will examine the medical system of North America, yes I said North America as in Canada & the USA. “RAWWWWW RAWWWWWR You can’t compare our to systems! BLASPHEMY!”. I agree, we are very different on the face of it all. However, ever wonder why us Canadians seem to forever be having to get our records moved from office to office? If we are, as we all say we are, in a system of Universal Healthcare shouldn’t they, at least by now, be able to find our records right? Wrong, that’s because the term Universal Health Care is a misnomer. It implies the ideals and hopes of whomever is in that conversation. At the end of the day it’s a private system that sees most invoices landing on our governments lap with politicians treating everyone who hands them an invoice like a private business demanding they save money and be more efficient.

So what happens when you country’s leading authorities in your world renowned medical system are found to be making healthcare decisions based entirely on fear and political motivations as opposed to data driven peer reviewed evidence? And those decisions are found to be wrong? Well nothing so long as no one cares. And it is in this lack of accountability that all the private interests that can, are able to exploit and corrupt the daily happenings so that they take a larger share of the pie.

So what are you reading this for? You aren’t reading this to find someone to blame or even together evidence to bolster one side or the other. You are reading this because the headline said Immoral behavior and like the rest of humanity you are searching to find a clearer line for yourself as to what that means. Everyone does, there’s a reason slavery existed out in the open for so long and there’s a reason the germans went along with Hitler’s plan, and it’s not because everyone in history had a moral compass naturally inclined to evil as opposed to us. Though that is an arrogance many like to believe. Simply put moral behavior is nothing more than the generally accepted lines of right and wrong that the majority of people in any given area agree upon.

That’s why we become so passionate about it because either I’m wrong and I’m completely missing what I thought to be a common reality or you are wrong which must be because you are a blithering idiot and it took someone as smart as me to set you straight! The simple fact is that reality is fickle and changing like the seasons. What matters are our values that guide us. As it’s our values that determine what information will carry the most weight in our decision making process and the stance from which we will position ourselves when something goes wrong and we are asked to defend our actions as it always does.

So what are our values and who determines the information we rely on? Well as a Canadian man I hold few but sacred values with respect to how I believe humanity should treat it self others. I will list some of what I think Canada should hold true at the end if the article. But for now all we need to recognize is that Health Canada is not the beacon of integrity that it should be. The Canada food guide debauckle says it all if that’s all there was, and well, even the CBC couldn’t bury that one you can read a bit about it here. But with COVID we’ve seen the same thing they did with vaping, which is to try and pawn of responsibility to other organizations like the WHO the FDA and the CDC.

Accountability, how do we ask people to voluntarily lead our country and navigate through the numerous no win decisions while keeping an eye on the choice made and the resulting outcome. Take vaping for example, while the government was busy debating how best to regulate the industry before they proposed regulations in 2017 ( later enacted in 2018 as bill S5) the Federal Health Minister was Rona Ambrose (2013-2015) this was also just before it was made known that in the upcoming proposed regulations that there would be a cap of 60mg/100ml of nicotine allowed for import no matter the use manufacturing or retail.

At the time no one had ever heard of a vape with that amount of nicotine in a vape with the average device sporting 3 – 12mg. Then JUUL arrived with their NicSalt at 60mg/ml and it wasn’t lost on anyone that clearly there had been some amount of backroom dealings going on. What most people don’t realize is that Rona Ambrose now sits as an advisory independent Director to Juul Labs as reported in this CBC article. So can we say there was manipulation? No we can’t. Can we know for sure that things were probably done from an equal and unbiased position? No we can’t.

So how do we proceed? Well I have some ideas about that which I will elaborate on in another post in hte future. For now just remember that just because you don’t have cause to mistrust our institutions it doesn’t mean then are trustworthy. And remember the golden rule: 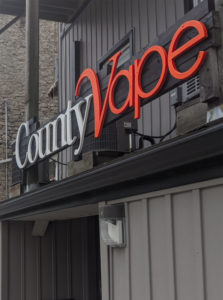 interview, again, done by our friends over at RegulatorWatch.com also please subscribe to their Facebook Page to show support.

However new research posted in the Science Direct Journals Konstantinos Farsalinos and books speaks to the function of nicotine as an active player preventing the more lethal attributes of the COVID-19 symptoms from manifesting. 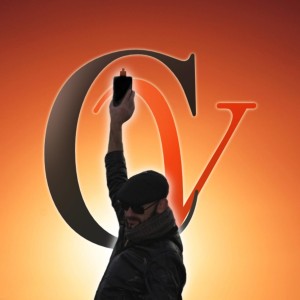